In January, at the American Historical Association annual meeting in Chicago, the planning team convened a session with advisory board members to discuss the preliminary data structure for Slave Biographies.  (An overview of the current structure, including the types of records and specific fields, is attached to this report in Appendix A.)  The advisory board overwhelmingly approved the preliminary plan with only minor suggestions for a handful of additional fields, many of which have been incorporated in the final structure.

MATRIX staff researched open source calculation software for the statistical layer of the website.  Preliminarily, the team has opted for R, an open source programming language used for statistical calculations.  The current approach will take a search query from KORA, the digital repository/database for the project, and transform the data into a structure that R can handle and run the calculations on.  A MATRIX programmer has invested a significant amount of time figuring out how to use R to carry out these calculations.  This work is ongoing.

In addition to launching a planning website (slavebiograhies.org), we have also developed a design for the final project site.  The final website will include pages describing the contributed datasets as well as a number of ways for users to browse the content of the database, by different types of source documents or by country, for example.  The search interface and functionality are two of the most important aspects of the website.   MATRIX staff is drafting specifications for these now that the KORA data structure has been finalized.  Staff has already completed background research on the search interface and will now link up mechanisms to filter the search results with the metadata defined in KORA.  This work is ongoing.

Professors Hall and Hawthorne have made presentations about the Slave Biographies project at several conferences (listed below).  They were also featured on African Past and Present: The Podcast about African History, Culture, and Politics (http://afripod.aodl.org/2012/02/afripod-60/). In this podcast, Hall and Hawthorne discussed the origins of the Slave Biographies project, intellectual and technological challenges, and the wider significance of building a freely accessible web database on the identities of enslaved people in the Atlantic World.

Thank you for your continued support. We welcome any remarks, observations, suggestions/and or questions you might have which we will respond to as soon as possible and with your permission post on our website blog:

Best wishes from your friends and colleagues at MSU.

In Episode 60 of Africa Past and Present, historians Gwendolyn Midlo Hall and Walter Hawthorne discuss Slave Biographies: Atlantic Database Network — a digital history project of MATRIX and the MSU History Department funded by the National Endowment for the Humanities. They discuss the origins of the project, intellectual and technological challenges, and the wider significance of building a freely accessible web database on the identities of enslaved people in the Atlantic World. 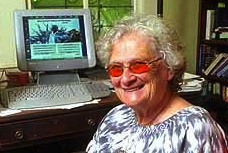 Welcome to the SlaveBiographies.org Blog! Here we will be posting news regarding our progress, updates from the Advisory Board, and details of how we’re working to make sense of the various datasets.

If you have material you think would be appropriate for inclusion please contact Catherine Foley (Catherine.Foley@matrix.msu.edu).